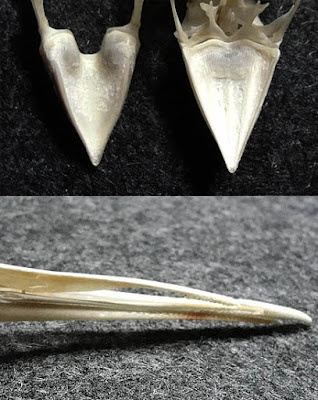 I was interested in animals and bones since I was a small kid, but I preferred mammals more than birds and I think it's still that way. Anyhow, birds could be very impressive too, especially when it comes to their beak. Cool people could say a lot about a bird by just looking at its beak. I'm not that cool, but I'm trying xD
So, I have three interesting bird skulls with amazing beaks here, let's have a look at them under the cut!

I think one of the amazing and unique beaks has the bird with the name red crossbill or, with the German name, Fichtenkreuzschnabel (Loxia curvirostra). I once had the chance to witness a whole flock of them. They are very beautiful, like little parrots.
But back to the skull. As its name says, their beaks are crossed. With that kind of beak they got the ability to open pine cones, because they love to eat pine seeds. 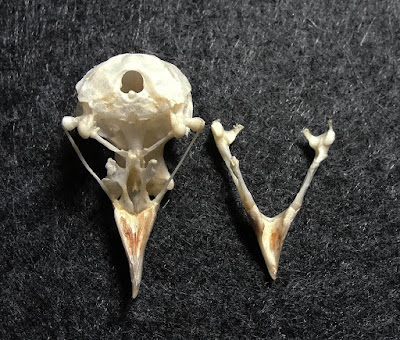 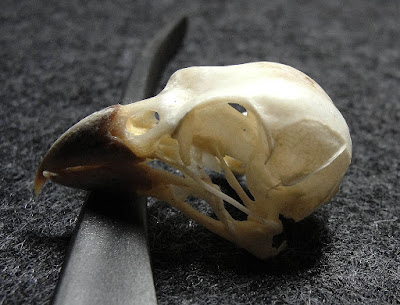 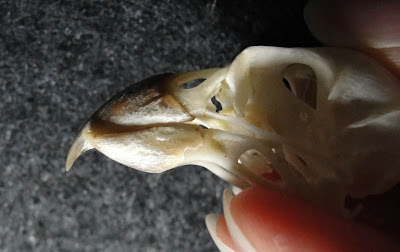 The next awesome beak belongs to the hawfinch or grosbeak (Coccothraustes coccothraustes). In German we call that bird Kernbeisser, which means pit biter. It's a big bird with a big wide beak, which is the perfect tool to crack hard seeds like beech seeds, cherry stones and other pits. That bird is full of power and belongs, like our red crossbill, to the mighty and honorable finch family. 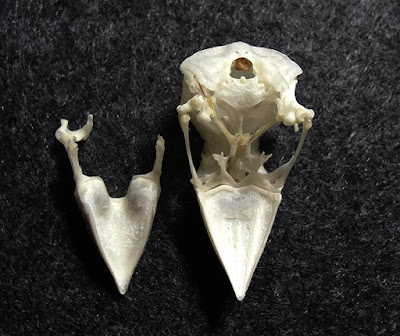 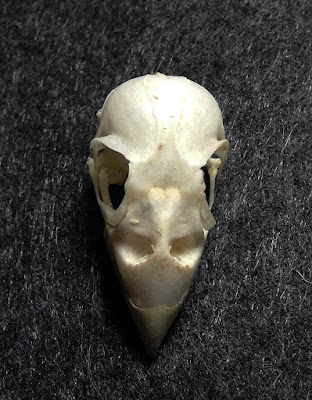 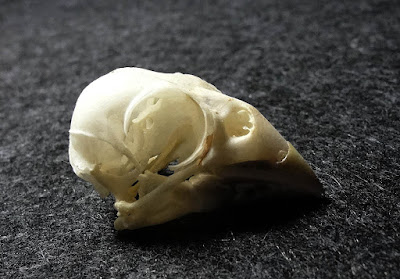 The third bird is also a very special one. The whole design of that bird looks utterly awkward: yes, I'm talking about the woodcock (Scolopax rusticola). Woodcock... Seriuosly, the English name sounds as stupid like the German one: Waldschnepfe. Schnepfe is also an insulting nickname for women.

The woodcock is a crepuscular/nocturnal bird, that's why the skull has such huge eye-sockets. The position of the foramen magnum is also strange, it's closer by the throat than by other bird skulls. As I said, the whole bird looks strange (but also cute!). It's a rare bird and also well-camouflaged, so I never managed it to see one in my life. But we saw its family members in Iceland - yay!
The beak is stunningly long, about 7cm. With that tool the bird pokes in the ground, seeking for worms, spiders, insects and larvae. 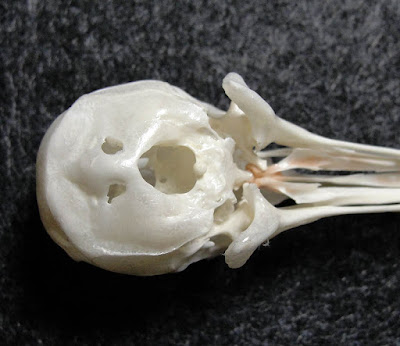 There are many more beaks to write about and after that post I'm even more in love with birds than before <3 I rarely find bird skulls outdoors, so I bought these by my trusted taxidermist.