Bones in the Dark Forest 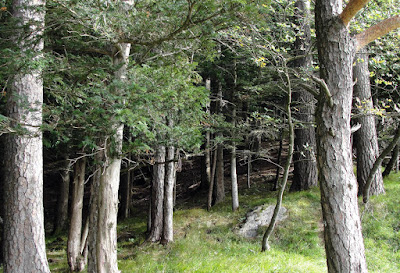 Finally a new entry about some good old bones, right? It was about time, sheesh...
I visited my beloved mountain forest after a long long time. Actually I wanted to relax there and doing some photo shootings with my newest handicraft works, but then I stumbled over skulls... Read more about my little adventure under the cut!

I went to this forest with no big expectations to find some bones and skulls. Yes, there is that shrubbery where always some skulls lay arround (because that's a "dumping place" of a hunter). There were a lot of fox skulls, but I allready have so many of them that I left them. Two of them were in a very good condition, but I wasn't in the mood for cleaning them afterwards. Also, I had to go deep into that shrubbery and I'm a tick magnet so no thanks x3
There were also two beech marten skulls! Too bad they were too old and in a bad condition. Why I didn't mentioned them some years earlier?! Well, I took some teeth from the fox and marten skulls, always a good crafting material.

I slendered forwards - or more precisely upwards.The wind and the sun were warm, there were a lot of mushrooms on the ground, the sight by the abyss was beautiful - it was a relief.
Have a few impressions, before we come to the bone part ;) 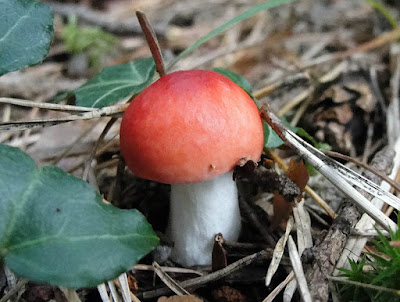 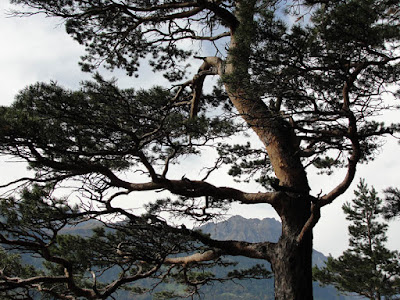 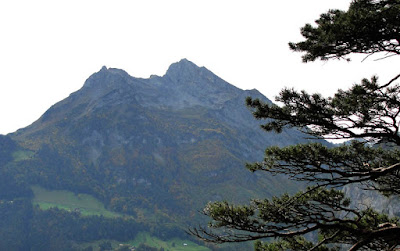 Wandering upwards can be exhausting, especially if you don't wander on the normal path (and if you are stamina-less like me x3). Anyhow, I visited another place where I found a lot of bones in the past. While I was wandering to that place I was thinking about some special bones and things I would like to find one day. An antler would be cool! A beautiful feather of a hawk would blow me away and hows about an owl skull? I never found one before and I adore owls!

During the way I found a beak of a trush or black bird and a mouse skull <3
I think the mouse skull is from a weathered owl pellet, because there were also more mice bones. 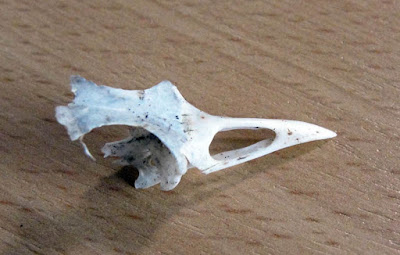 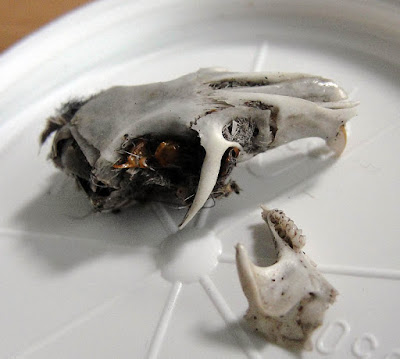 I arrived the spot and walked slowly down (yes down, I was on the highest spot), eyes permanently on the ground. There were a lot of small bones from different animals. Fox, chicken/big bird, roe deer and so on. I think an animal brings it's prey (or hunter leftovers) to that place and leaves the bones there. Over the years a lot of small bones covered the place, but you have to descry them between the chalky colored rocks and stones.

I noticed a small skull a few meter further down and it cought my attention. "Just another fox skull" I thought, but it wasn't. In fact, it was one of the holy grails I was dreaming of! It was... 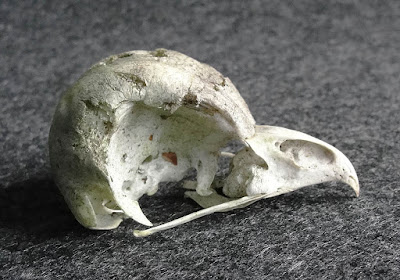 The skull is quite big, like a buzzard skull but still a lot smaller than an eagle owl skull.
Well, I was still am flushed with happy emotions <3
The skull is also old and brittle, it must have laying there for a long time. It is damaged. I don't know if the damage happened post mortem or it caused the death of that bird. 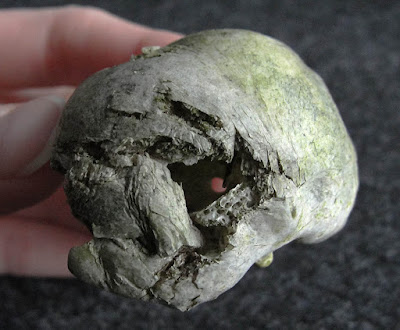 I headed back, used the same trail like a red deer stag (just saw its heavy tracks in the mud). Sometimes I wish I had a "trail camera", because I know so many interesting animal paths! Maybe one day...

When I went back I stumbled over a plucking - leftovers from a hawks or a sparrowhawks lunch. The victim was a jay. Wonderful little blue feathers, just for me! And ticks. While I was picking the feathers up a few little ticks found their way on my fingers too. There must be a nest of them, it was amazing how many baby ticks were on my hand! >.<
I hate these filthy animals. 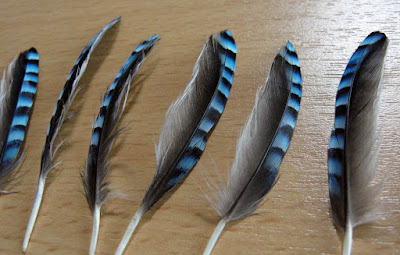 A few hundred meters after that finding was another plucking. But a very old one, just a few feathers were left. I think these are the breast feathers of a mistle trush. Thank god feathers are so durable. 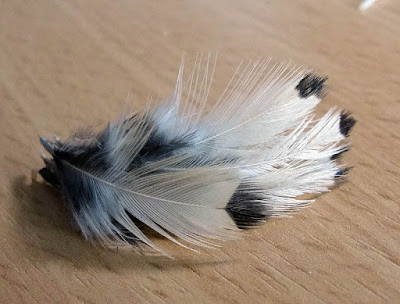 This day was one of the best days in my life! I'm so happy with all these findings and, of course, the stay in the forest was awesome too. I'm very grateful.
I hope, that wasn't my las owl skull I found :)