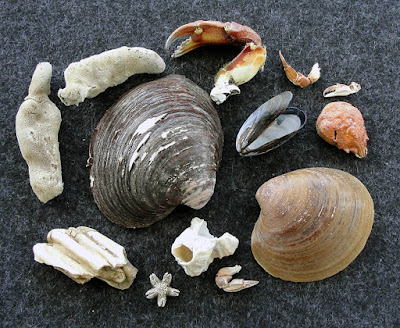 I always wanted to visit a Nordic country. Actually I wanted to go to Spitsbergen, but that was slightly a bit too expensive and I had to go alone, so I decided to visit Iceland with my beloved "Fennel" instead. Of course I found some souvenirs of the special kind. Let's check them out under the cut!

Iceland is a very special island, because it's made of volcanoes. Since I was a small child volcanoes impressed me very deeply. Too see an island with so many different landscapes formed by lava and eruptions was an adventure for me. And I really love the lava stones! I wanted to pick up the big ones and as often as possible, but honestly... These stones can be quite heavy. So I picked up just a few small ones. 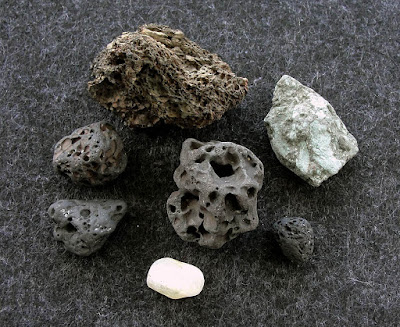 As a mountain child the ocean was also very special to me. Finally I got the chance to do some beach combing! The beach somewhere in the nowhere was with black sand and a lot of gulls. There were some mussels and crab pieces to find!
I really miss the ocean. I wish I had more beach opportunities in Iceland *sigh* 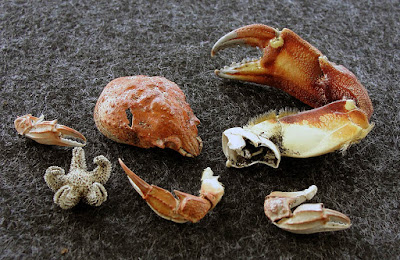 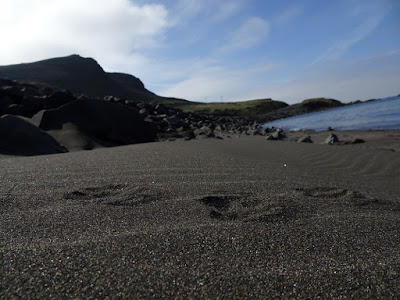 On another beach I found sponges! 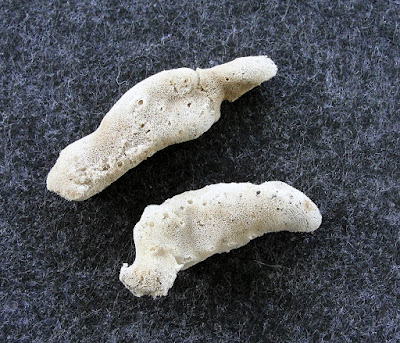 In the botanical garden in Akureyri I found a tooth within a flower-bed. It's too big for a sheep and (I think) too narrow for a cow. By the way, cows were a rare sight in Iceland, so I think it's the tooth of a pony. 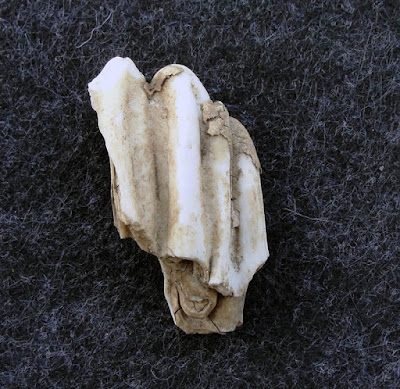 On our last day in Reykjavik we stumbled over a flea market and there was a stand with a lot of whale bones, sheep skulls and such things. Of course I wanted to buy whale bones, but without any permission papers I will go nowhere with these bones. So I bought a totally overprized but very beautiful egg of a Common Guillemot. The eggs of these birds are a delicate food in Iceland, but we didn't try them.

The egg itself has a conical shape which prevent them from rolling off the perilous cliff edges where they are laid without a nest. Very special, that's the first seabird egg in my collection. 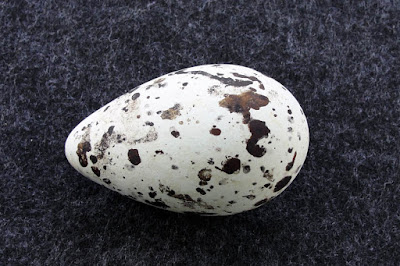 Unfortunately I caught a virus in Iceland so I wasn't able to enjoy that country as much as I wanted to. But maybe I will have the chance (and the money) to visit that island again <3 And then I will do BEACH COMBING!!!! MUAHAHAHAHA!!!
Ehem... ;)
If you aren't afraid of high food prices I recommend you to visit Iceland. 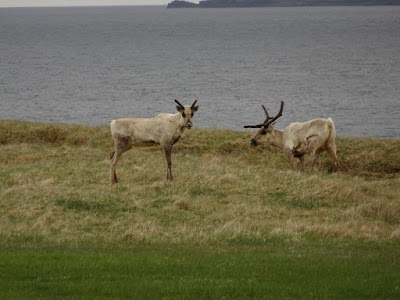