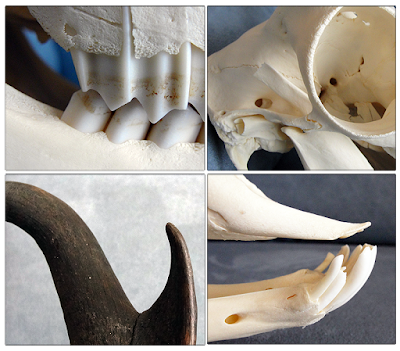 Hello and welcome to another entry about my collected oddities. This time I want to talk about my christmas present to myself of 2016. It's a skull of an unordinary animal. An animal, which only lives in North America. Did I arouse your curiosity? Well, then let's go under the cut!

Actually I was looking for a "saber-toothed" deer skull. I really need a skull of a male water deer or something like that, but I stumbled over another rare skull. It's the skull of a male pronghorn! <insert blare of trumpets here> 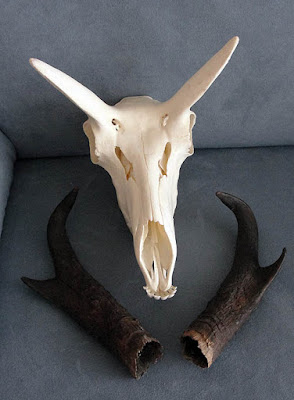 After the rut the male "prongers" start to lose their horns, but on the horn core is already new horn material, coated with a tissue layer. It needs about ten month to grow a brand-new pair of horns. 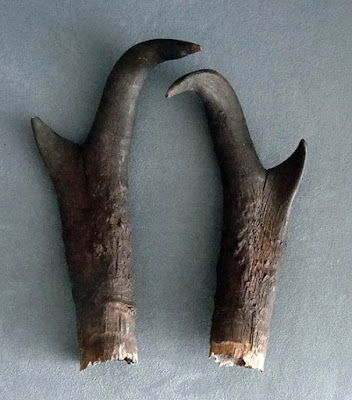 That pair of horns doesn't look similar so I'm not sure if they really belong togehther. But maybe the horns of these animals are like boobs: one of them always grows bigger ;)

Oke, let's have a look at the teeth.They look similar like other deer teeth, only the first three premolars look strange. And the teeth of pronghorns aren't covered with that dark patina-thing like roe deer use to have.
The shape of the lower jaw is also special. There are bumps and it seems that there is something in there. Looks like a tooth? 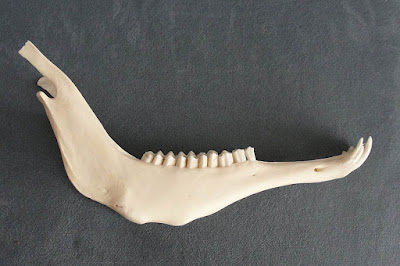 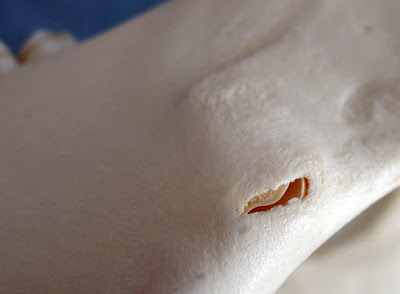 For to be sure about that I have to break the lower jaw, but I'm not crazy so I don't do it. But maybe someone knows about these bumps and what's inside of them? Please let me know!

The size of a pronghorn is between a roe deer and red deer.

That's how a pronghorn with meat on the bones looks like.

In the past people used to kill these animals out of the trains - just for fun! Like the bisons, white people killed so many pronghorns that the population shrank to a low number, but nowadays it's stable again. Anyhow there aren't as many big herds like there used to be.

I'm happy that I own such an amazing skull. It was expensive, but worth it <3