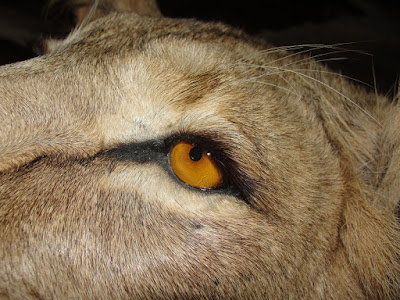 Okey, I admit it, the title of this entry is a bad adaption of the movie "Life of Pi", especially when there's no tiger involved. But another big cat! YAY! A big dream came true and I want to share some photos of it. Please, have a closer look under the cut!


Some years ago the wish for a lioness rug started to grow inside of me. Maybe it had something to do with my former best friend who was talking about lionesses all the time (he was in love with these animals x3). But we have to be honest, big cats are very impressive and after a skull, a claw and a piece of lion fur it was just a matter of time that there would be a rug too.

But why a lioness and not a lion? Well, as I said, my former best friend was talking nonstop how awesome lionesses are and how "useless" the males. And it's true, females are much cooler.
Besides, a lioness is often much cheaper to get and short hair are easier to keep clean ;D

My trusted taxidermyst surprised me with an email a few weeks ago. He got hands on an old lioness rug for a very good price. Actually I didn't want to spend much money anymore, but that price... It was like a gift! I asked him to ship it to me since I don't own a car and have to go by train and bus. But sadly he doesn't had such a big carton and I wanted it so hard that I didn't care how I would bring it home. Well, it was surprisingly light, just big. Somehow I managed it to get it home sound and safe, but first I had to vacuum her xD 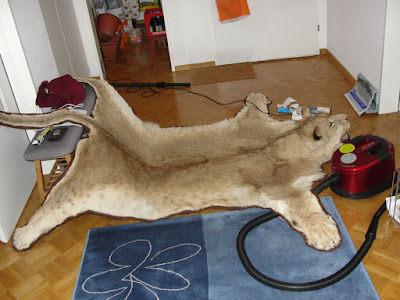 She's really big... Wow!
For an older mount she is in a very good condition, only the claws were missing. She also was a zoo animal, so I think she had a good life. 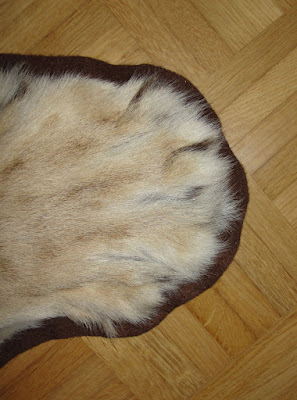 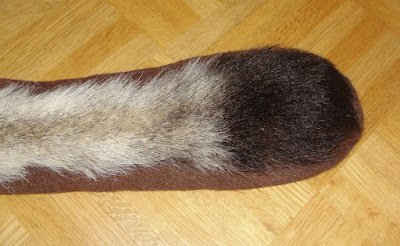 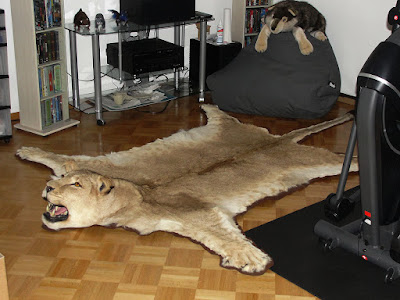 Ready and set in the living room! 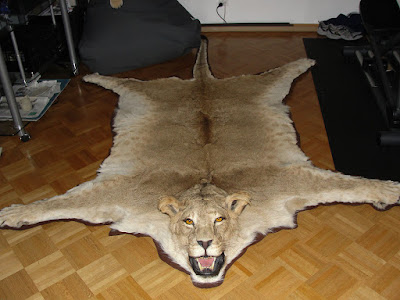 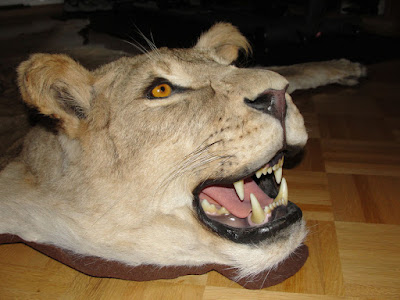 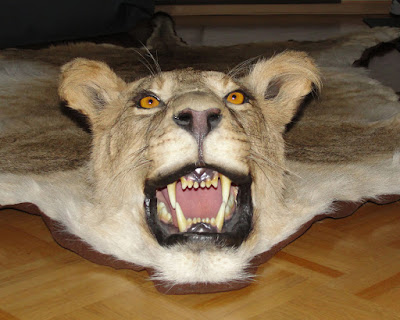 Never ever let your dreams go. Even when it takes years to fulfill them.