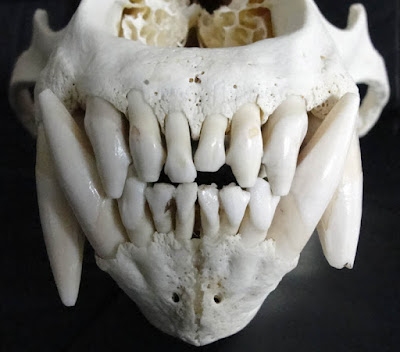 Actually I have already written about my polar bear skull but a lot of older blog entries lost their photos so I rewrite it again. Someone over Twitter was curious about that skull anyway ;)
Well, at first I dond't want to buy a polar bear skull - it just happend! Years ago I saw a picture of a huge polar bear skull next to an ordinary human skull - it was an amazing size comparison. I sent that picture to a Canadian who sold arctic animal parts and asked him, if he had such a big polar bear skulls as well...
More of the story and a lot of pictures under the cut!
The answer was chastening: No. Not one as big like the one on the photo, but he had a deal for me, a real snip! Well, I was all ears. He had a polar bear skull on offer, but a smaller one with a few small teeth missing. And if I took it right away, he would pay the shipping AND the CITES costs. I only had to pay for the skull which wasn’t that expensive at all!
A real snip, in fact.

But why was the seller so generous? Because at the time there were hearings that it should be forbidden to deal with any polar bear parts worldwide. So it was no wonder that the seller wanted to get rid off his polar bear stuff. Thus we got all the paperwork done in a hurry. 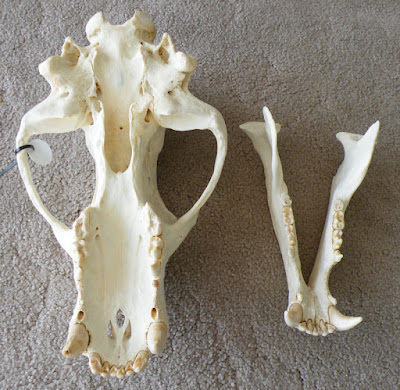 Unfortunately, or lucky for me, the hearing ended with no forbiddance. Of course, I was sad about this. The polar bear is an endangered animal and in urgent need of our protection! But I was also happy that I got this beautiful skull in a legal way. But somehow I still felt guilty. The only solace: the polar bear was killed by Inuit people.

Polar bear skull next to a large european fox skull.

The seller, an emigrant from Germany, was a really nice guy. Before I bought the polar bear skull from him I bought a "small" tusk of a narwhale. 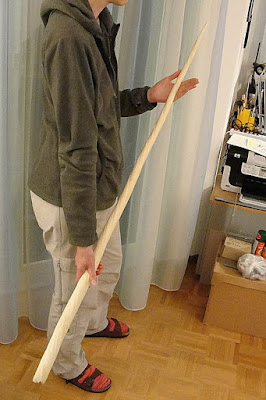 The tusk, real ivory, is about 110cm long and the most expensive thing I ever bought xD
But it's very dear to me, I still love it. It's so special! It once was attached to a whale which swam through the arctic sea! But it was also a kind of a consolation to me.
Years ago I found the website of said Canadian guy and the tusks were so tempting, but too expensive. After a year I lost my best friend and I was so sad, that I needed something to cheer me up, so I bought that tusk. I don't do "emotinal shopping" often, but this was necessairy. No regrets.
Of course my family said I was crazy to buy such an expensive thing which just stands around in a corner. But hey, other people have expensive cars in their garage and barely drive it. So, who cares ;)
By the way, this tusk is very small. There were tusks over 2 meters long!

I really enjoy arctic animals, they fascinate me! One of my goals is to own a musk ox skull! Thanks to a friend of mine I have, at least, some musk ox hair already x3