Graveyard in the Forest 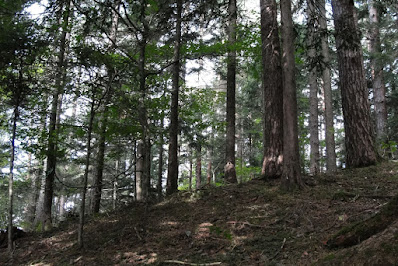 Since over a year I'm fighting an illness. My leg was suddenly swollen and no doctor could say what it causes, so I was in a state of pain und visited many doctors and hospitals. There was no chance for me to go for some bone hunt but now, after a year and some treatment later, I was able to visit my beloved mountain forest again! I sure was looking for skulls - and found much more. Follow me under the cut!

The mountain forest is very dear to me, because it's a very wild forest on a mountain side. It's cliffy and with some steep trails. Not many people visit this part of the forest and I love the peaceful atmosphere and the clean, musty smell of it. But it's always so exhausting to enter it, since I have to go uphill for at least 30 minutes to reach the forest and I'm such a weakling ^^"
But all the struggle is worth it, because I feel so calm, free and relaxed between the trees and cliffs.

I was in need for some "craft" skulls. Damaged skulls. Skulls I would not even pick up because I'm very picky now xD But for a craft project I needed said skulls. And I know exactly where to look at, because in this part of the wood hunts a very hard-working huntsman. It seems to have a lot of foxes here and it seems they were the hunters most precious prey. So, checking out some "hunter dump pits".

While I was walking uphill I also found some nice mushrooms. 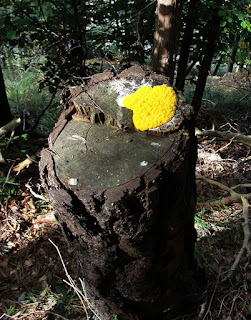 This was a very strange, but also beautiful one. 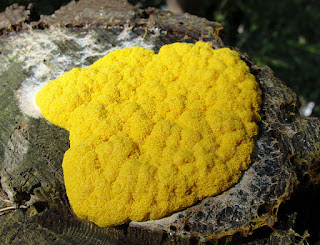 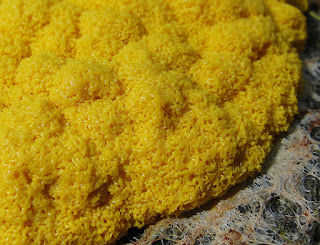 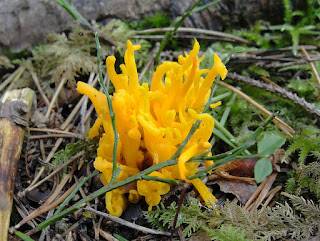 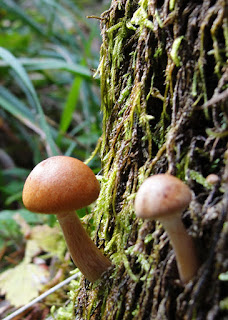 I was almost at one of my favourite spots where, out of a sudden, a little fox jaw bone was on the ground. 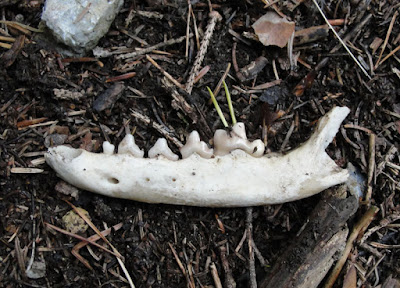 That's odd. Where does it come from? Is the rest of the skeleton in the near? Where's the skull? My inner vulture awoke! So I left the trail for more and I only did a few steps and there was the skeleton! 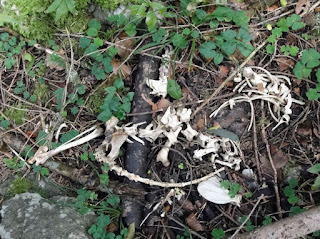 This wasn't the skeleton from the jaw, because there were two jaw bones already. But no skull! Somone was faster than me and must picked it up. There around that skeleton were many other bones. Not only fox bones, but also bones from roe and red deer. And suddenly: a skull!!! 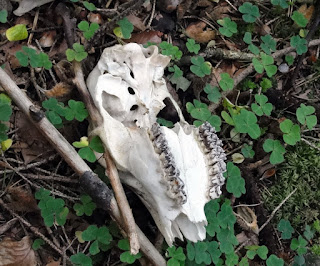 A very clean and nice skull of an older roe deer. Too good for my craft project, this one goes directly to my shelf! It must have been a massive roe deer, because it's the biggest roe deer skull I have in my collection. I looked for some more, and there was more: fox skulls! 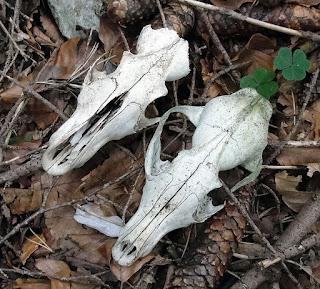 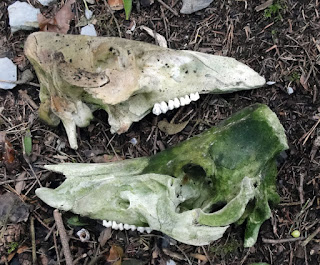 Pigs! Very young pics and I think also domestic ones. It's common for pig skulls that the skulls fall in halfs after a while. In my roaring twenties, where my collection was small, I would pick them up but now I left them also in the forest. They were pretty mossy and dirty, too much of clenaing. And I allready have pig skulls at home. But it was an awesome find! To find skulls, even if they are too damaged and not for my use, is still very exciting!
But there's still more! 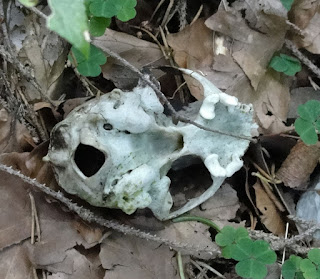 A marten skull! I don't find martens a lot, so I was quite happy to find one. But also this skull was damaged and not in a good condition. But since it's a marten I took it with me. Maybe I will have a use for it one day. But another skull caught my attention. 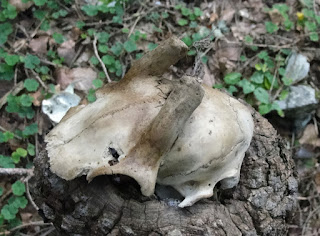 A part of a little roe buck skull. Not a very old individual, maybe only one and a half year old. First I didn't want to pick it up but I came across the same spot twice (my sense of orientation isn't the best xD) so I took it for a sign and picked it up.
But the real win is still coming... 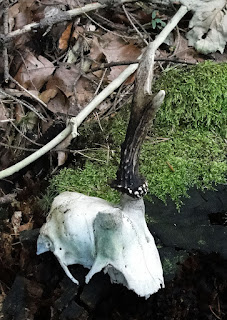 The skull of a roe buck with an antler!!!!! That's always a very exciting moment! It's my second skull with antlers I even found in my life so YEAH!!!!
It wasn't an old individual as well, at least two and a half year old. It was sheding his antlers, so that's why only one antler is attached to the skull. Very interesting find, I really love it!

It was such a beautiful and happy day for me! I gained energy from that trip and came home with a bag of skulls! I'm so grateful for that and I'm also happy that everything worked out well with my bad leg. I hope I can visit that forest again soon. Even if there's no finding it's such a peaceful place.