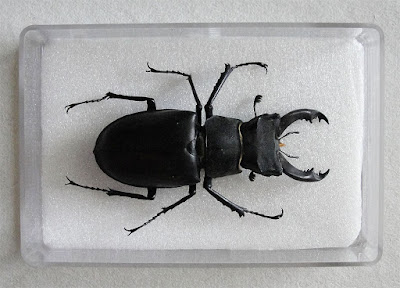 Well, have a look at this boy! Next to my small one from my trusted taxidermist it looks huge. And still, there are bigger ones out there, unbelievable! 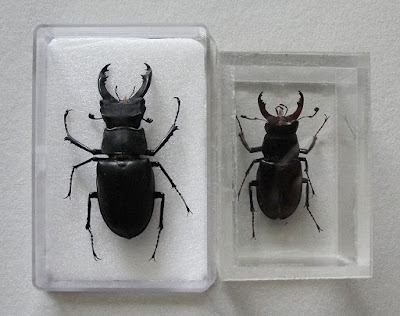 The stag beetle I rescued out of the water weeks ago was a bit bigger than the left one here.
I'm often at that place by the beach but I never found a stag beetle before. Of course it's not easy to spot black bug parts between driftwood and other things. But maybe this year was just a good year for stag beetles. Poor fellas had to drown :-(

There was also a small stag beetle head between the gravel. I compared it with the other two I already have. The left one was a real giant of a stag beetle. 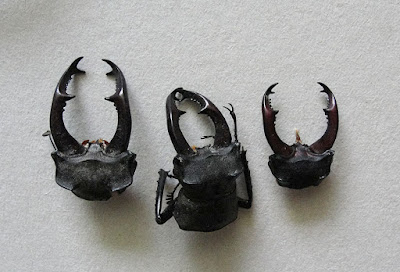 The giant next to the "dwarf". 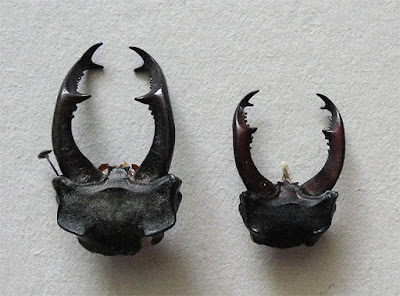 I'm so blessed with stag beetles and I'm so grateful for these findings. But well, well. Fellow collectors will understand, that too much is never enough. I hope to find some more, hopefully also living ones :)