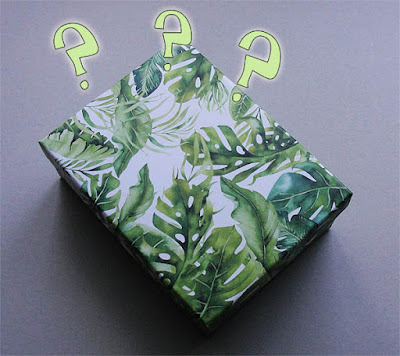 Hello fellow bone collectors, what's up? I got a very nice box with an even nicer content!
A friend of mine spent her holidays in Greece and went there to a vulture safari. She saw these magnificent birds flying and near a nest she found... a body! She picked the most important part, the skull, up and brought it to me. Wanna see what managed two security checks at airports and landed in this snugly green box? Check it out under the cut!

Well, well. I see you are a fearless and curious person. So, let's open the cover ;) 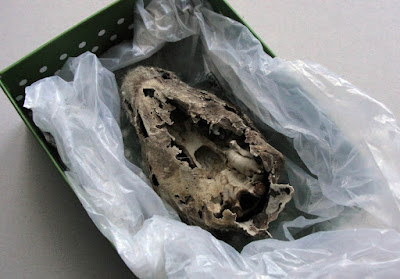 It's a mummy head! Oh my god, it's my first skull with skin and a bit fur on it!
Actually it's disgusting... I like clean skulls more. But a mummified head of an animal is still interesting at all and it shows more how the animal was. Oh, by the way, it's the head of a badger. 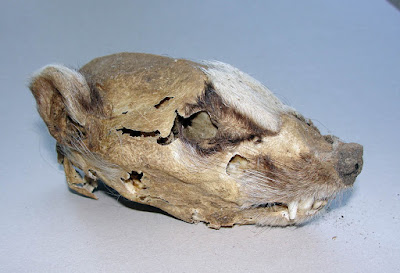 This is its chocolate side, because there's much more fur/skin than on the other side. And an ear! Look at that ear! 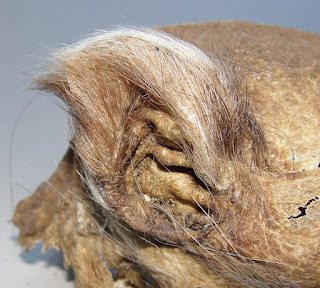 Love the fur and the wrinkles on the skin. It's so cool!
But there are more lovely details like the whiskers and the nose. 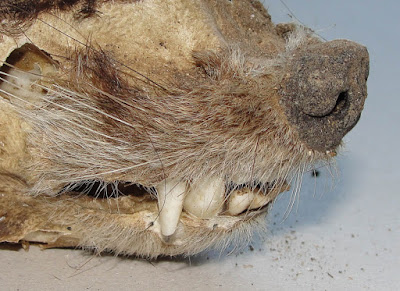 Badgers are omnivores and love to eat worms, insects, nuts and other stuff they find in their territory. But they have amazing chompers and I like these fangs so much! 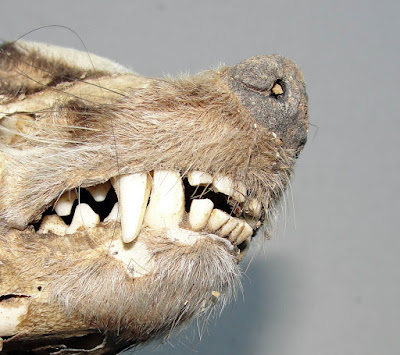 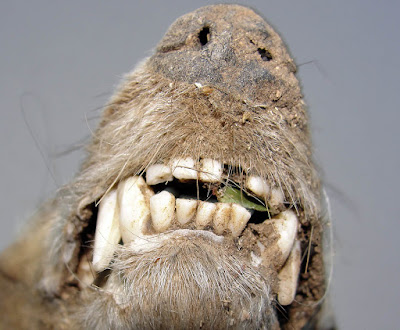 Eh, what's that green thing in its mouth?
Well, there are two incisors missing. Don't know if it lost them while it was still alive or if they fall off at/after death. My friend told me that the body looked messed up, so maybe the badger got an accident with a car and the vultures dragged it near their nest? Actually I don't know if a vultures claws and feet are strong enough for carrying a badger. Maybe the body was just bones and shreds when the vulture found it and so it wasn't that heavy anymore. 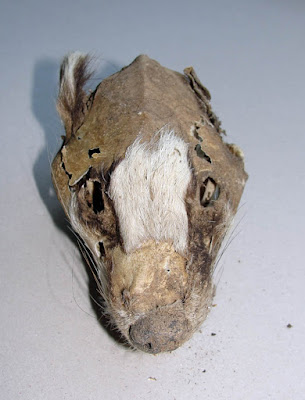 Look at the little white fur piece on its forehead *squeals*

It wasn't a big badger. It's bone ridge on top of the skull isn't big either. I put the skull of a female (first picture) and a male badger next to it for comparison. The mighty male badger skull is much bigger than the one of the mummy. Even the skull of my old female is a bit bigger, so I think it's a younger female badger. Or do you think it's just a young male badger? Let me know what you think. 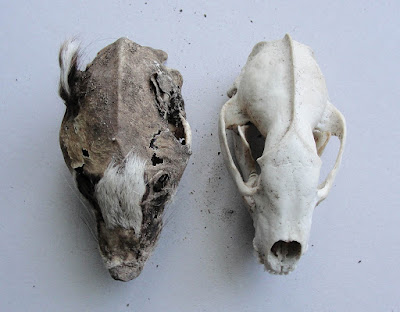 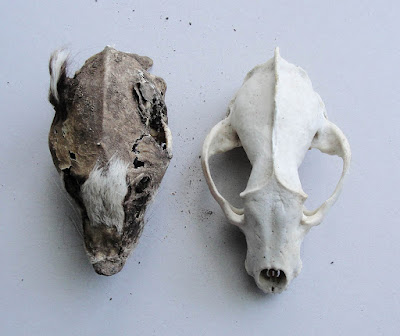 There was also another bone near the skull. Looks like a leg bone of a sheep. 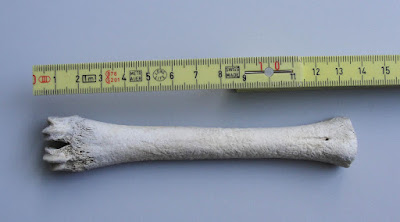 The interesting part of that little bone are the marks on it. If I had found that bone by a river I would say that these marks are from the movements over the stones in the water. But by this bone the marks could come from the vultures - bite marks!

Bones are so interesting! Every single bone is different and will tell you another story. I'm so glad that my friends think about me when they find dead critter parts and took them with them. I don't take that for granted so thank you very much! <3